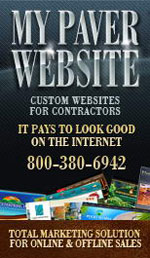 What Are Sandstone Pavers?


Sandstone is formed through the erosion of quartzite stones. Erosion occurs as a result of the harsh effects of wind and water over extensive periods of time. The eroded sediment builds up continuously until a solid mass is formed. Then you have a rock formation. This process has a geological term, known as ‘lithification’. Sandstone is mostly made up of feldspar and quartz particles. Thus sandstone is a sedimentary rock.

Sandstone has been used in the building industry for over 100 years. The reason for this is sandstone has a uniform texture, which makes it very easy to use. Sandstone being soft, makes it an easy material to work with. This has made it a popular product in the building and landscaping fields.

There are three main types of Sandstone:

Arkosic Sandstones are consists more than 25% of feldspar content.

Argillaceous Sandstones, or otherwise known as greywacke, have a very finely grained type of consistency.

Sandstone pavers come in a variety of colors. They range from the traditional sandy yellows to tans, to pale pinks, pastel blues and even light greens. In fact when we talk about brownstone, it is simply brown sandstone. The same as when we talk about bluestone, they are just blue sandstone! Therefore, sandstone is so versatile that is the base for many other ranges of pavers that are available!